Minimalism or living on less is a philosophy and lifestyle that has been gaining proponents. It seems timely as author Beverley D’Silva points out that the average US household owns 300,000 items. Civic Science surveyed 3,000 American adults in January 2021 to see how minimalism is fairing in the pandemic. The survey found that only 11 percent considered themselves minimalist, 26 percent are actively trying to become minimalist, and a majority or 63 percent do not want to become minimalist. Those who are already minimalists are adults under the age of 35 and earning lower incomes. Those who want to be minimalist are more likely to be women and between the ages of 35 to 54 years old.

It is interesting to note that even if 63 percent do not want to become minimalist, 52 percent did a major purge in their homes within the past year, while 28 percent plan to do so. Only 20 percent do not intend to do a purge.

Also, even if only 11 percent consider themselves minimalist, 42 percent donate, sell, or throw away belongings they no longer need at least once a year, 39 percent do so a few times a year, and nine percent do so monthly. Only 10 percent never go through this exercise.

It seems that the actual practice of minimalism is seeping through the consciousness of people even if they do not realize it fully. There is still much room for improvement in eliminating the consumerist mentality, though.

Minimalism as a Byword Often Misunderstood

D’Silva highlights that minimalism has become a trend and a byword misinterpreted or confused by some. She cites Kyle Chayka, author of the book The Longing for Less: Living with Minimalism, who stated that in the art world, minimalism meant discovering beauty in unexpected things that were previously ignored and not necessarily being blank and empty. Chayka also points at how certain people choose certain clothing styles because they are “minimalist” and then add these to their fashionable wardrobes.

Ironically, D’Silva also notes the thousands of books on minimalism sold by several well-known authors, adding to people’s bookshelves. The most well-known of these authors are Marie Kondo and the team of Joshua Fields Millburn and Ryan Nicodemus.

Amber Martin-Woodhead interviewed 15 people in the UK this year who call themselves minimalists. Many of them expressed a strong dislike for materialism, consumerism, and shopping. Some of them stated that they do not like the idea of purchasing things to keep up with others. One of them lives with two pairs of jeans and three T-shirts.

They do not purchase things on impulse but carefully consider if they truly need them. Whenever they must buy an item, they choose the best quality to ensure that it will last and maintain and repair it to extend its useful life. Some of them choose to buy only new items from sustainable and ethical sources or choose second-hand items.

They cited the benefits of minimalism as having more time for themselves because they spend less time shopping, needing less time to clean and repair fewer belongings, being able to move to a new house easily, traveling light, having more control over their finances, being less stressed from clutter, and feeling happier.

Minimalists actively try to reduce their possessions, but many of them worry about waste and landfills. When decluttering, they choose to sell items with value and give away other things that could still be of use to others.

If you want to embark on a minimalist lifestyle, you must have the same philosophy as your life partner to make it work. You can exchange affordable promise rings to seal your commitment and also use these as your engagement rings and wedding rings.

You can choose to go minimalist with your living space. The tiny home movement enables people to live mortgage-free in affordable structures that are less than 400 square feet. Those on wheels must be no larger than 8.5 feet wide, 40 feet long, and 13.5 feet high for towing. A tiny home uses fewer materials and therefore uses fewer natural resources. Its energy requirements will be low, as well.

Giving yourself a tiny living space immediately puts a limit on the belongings you can fit in it. You will have to choose your furniture and appliances carefully and wisely. The same goes for your clothes and other possessions.

Living a simple life with the least belongings requires being mindful every step of the way. You must always remember to be frugal, thoughtful in your use of resources, and careful in disposing of items. Your every act becomes purposeful and filled with meaning.

Eliminating excess, downsizing, and streamlining every aspect of your every day results in a lightness of being. It will enable you to find more value in each thing and delight in the humblest experiences.

I am currently living my dream life. You see, I started as a freelance writer in a magazine shop and I realized I have passion in writing. From lack of confidence and ideas up to writer’s block. I had my share of those when I started and even until now. But as long as it’s your passion and you are willing to do your best to learn everything, you’d make a good writer. Read More… 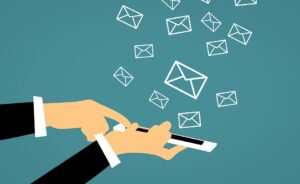 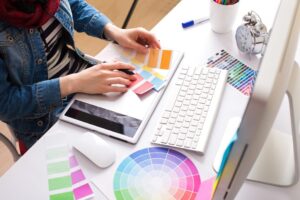 Graphic design qualifications are a way to channel creative … END_OF_DOCUMENT_TOKEN_TO_BE_REPLACED 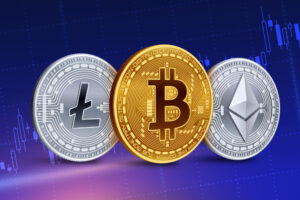 Many people want to engage with crypto trading or investment … END_OF_DOCUMENT_TOKEN_TO_BE_REPLACED

I am currently living my dream life. You see, I started as a freelance writer in a magazine shop and I realized I have passion in writing. From lack of confidence and ideas up to writer’s block. I had my share of those when I started and even until now. But as long as it’s your passion and you are willing to do your best to learn everything, you’d make a good writer. Read More…